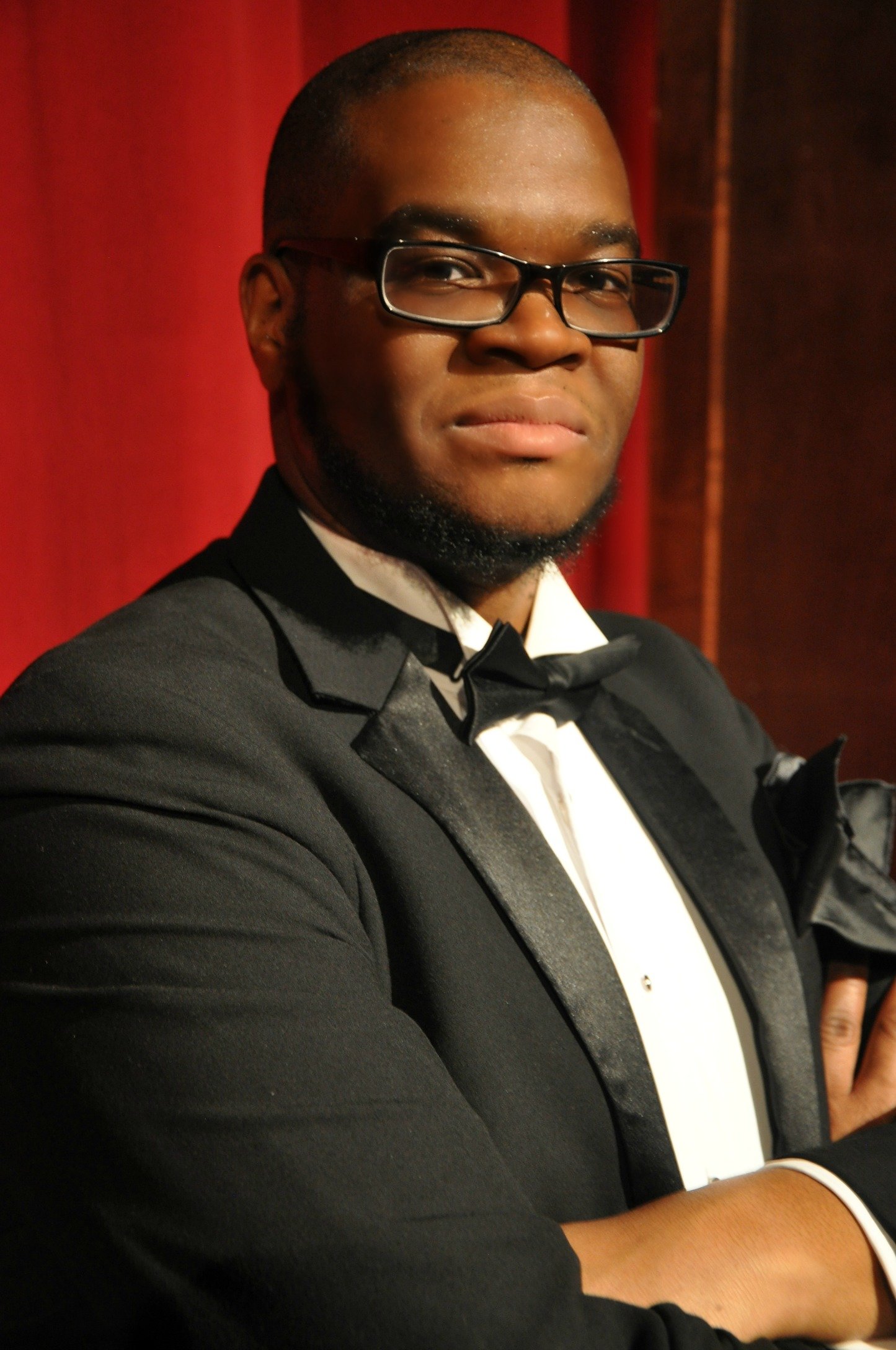 Derrick L. Thompson, baritone, choral conductor, and music educator is a native of Madison Heights, Virginia. He holds a Bachelor of Arts degree in music with an emphasis in vocal music education from Lynchburg College (2008), a Master of Arts degree in music from Morgan State University (2010), and a Master of Education in Music and Music Education and a Doctor of Education in the College Teaching of Music and Music Education from Teachers College, Columbia University.

Dr. Thompson made his professional vocal debut in 2007 with the Opera on the James as the Duke in Gounod’s Romeo et Juliette, and he is an active recitalist, chamber musician, and operatic performer. His most recent performances include bass soloist in Faure’s Requiem, Rutter’s Mass of the Children, and Handel’s Messiah; Ben in Menotti’s The Telephone, Prince Torado in Dunbar’s Dream Lovers, bass soloist for Beethoven’s Mass in C Major, King Balthazar and the Page in Amahl and the Night Visitors and more. Dr. Thompson made his Maryland debut in November 2008 as the baritone soloist for the world premiere of the oratorio, The Chartered Course, celebrating the 300th Anniversary of the City of Annapolis.

Dr. Thompson spent his 2010-2011 season as the artistic director and conductor of the Tianjin Concert Hall’s Mulan Children’s Choir (China) and also made his debut as a soloist with the International Festival Chorus (Beijing) and Peking Sinfonetta in Handel’s Messiah. In April he returned to the stage in his role debut as Jesus/Bass Soloist in Bach’s St. Johannes Passion. Dr. Thompson also taught private voice lessons while in China having two young students placing first and second place in the Hong Kong Young Artist Competition.

In May 2014, Dr. Thompson recorded his first CD titled ‘Spirituals’ including selections by composers such as Harry T. Burleigh, Moses Hogan and Jacqueline Hairston. He most recently served as director of choirs at Staunton River Middle and High School with the Bedford County Public School system and Minister of Music with the Mt. Olive Baptist Church - Amherst. He also serves as a guest conductor in choral workshops, both educational and church wide.