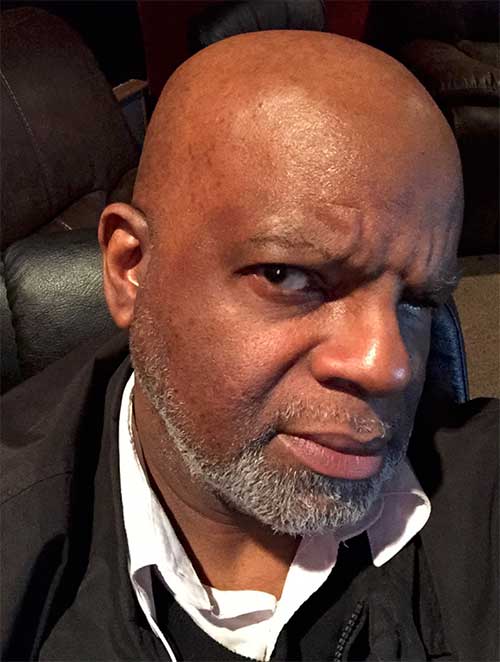 Dr. Gregory Allen McPherson is currently Director of Choral Music, Professor, & Resident Artist Composer at Wiley College, an HBCU in Marshall, Texas. He is also the Founder and Executive Director of Greg McPherson Global, an all-arts-led research initiative that focuses on the integration & convergence of emerging technologies in music, entertainment, education, community engagement, and philanthropic collaboratives globally. The think-tank platform consists of partners from numerous US & Internationally based institutions and private-sector partners, and is continually positioned to participate in creative, research, performance and production-based efforts as the evolution of new models occur on an ongoing basis. This includes a huge level of involvement for music compositions of variable lengths & dimensions, film scoring, sound design, varied production activities, commissioned chamber pieces & masterworks, local, regional & global performances, and a myriad of broadcasts and telecasts in all major & secondary markets, variable media platforms, and mixed media engagement. These efforts reflect both current and traditional foundations that promote diversity and inclusion, while maintaining a strong decisive commitment to the deliberate preservation of cultural values conducive to the each.

As an artistic, academic, corporate and community leader, Dr. McPherson has been able to effortlessly develop relational inclusiveness that fosters and engages an unprecedented level of globally diverse cultures, while highlighting the strengths of each. His commitment to sharing these same elements through the African Cultural Diaspora continually beckon a myriad of selfless good works for all of humanity. He considers one of the most rewarding efforts is his efforts as a partner in the James Obbo Initiative for Girls Education, an NGO in Kampala, Uganda, East Africa.

These dynamics are recurrent as is exhibited through his philanthropic service as a Research Associate & Partner for the Global Health & Humanitarian Summit, founded at the Emory University School of Medicine. They are further reflected through his efforts as the Founder & Music Director of the African Urban Legacy Orchestra and the African Negro Children’s Ensemble - both based in Atlanta, Georgia, and the African Heritage Orchestra based in East Texas.

In addition, he has had two very successful stints on Broadway with both the Ricardo PittsWiley holiday piece – “Celebrations: An African Odyssey (1995-96); and “Madam: The Madam CJ Walker Story directed by Herman LaVern Jones (2010). His work with numerous dance companies has championed all aspects of traditional & modern dance practices, while preparing for premieres of two of his ballets with the Sacramento City Ballet, and Vision Dance Ensemble respectively – all as commissioned works.

He has received numerous honorable mentions for his mixed-genre compositions for both large & small ensembles with major commissioned works from President Obama’s White House of Public Engagement & the A.M.E. Church celebrating the lives of the Charleston Nine, The Mandela International Tribute Initiative, The US Postal Service for the Rosa Parks 100th Anniversary Stamp, and the Centennial for the Republic of Finland, Helsinki.

As an educator, Dr. McPherson has served at the University of South Florida, Texas College, Washington State University, Alabama State University, The University of Massachusetts, and a lecturer at Boston College, Harvard University, Kobe University and The New England Conservatory of Music. He has also held senior leadership & faculty post at the Berklee College of Music, Allen University - Morris Brown College, and Stillman College respectively. He has a BFA from Alabama State University and an MM from the University of South Florida, with additional studies at The University of the Virgin Islands, Universite d’Etat d’Haiti, as well as the New England Conservatory of Music with noted black composer & author, George Russell on the Lydian Chromatic Concept for Tonal Organization. He is also the recipient of several Honorary Doctoral Degrees, and the Doctor of Music Degree (honoris causa), along with numerous awards, citations & laureates for his many contributions in various areas of his expertise and work in education, children’s music, theater, dance, and mixed-media. He’s been an active consultant for several articles & text reviews on music performance, Afro-Caribbean Music & Culture, Gullah & African Folklore, African-American music history, orchestral, vocal, and electronic music composition and arranging, jazz & modern music studies, and music education. He has also recently completed a new book on the roles and responsibilities of African-Americans in today’s music industry entitled “A Black Face In Today’s Music Business”, which takes a clear open analytic view on many problems in entertainment, thus, offering suggestions for possible solutions. He holds memberships in Alpha Kappa Mu and Pi Kappa Lambda Honor Societies, a life member of Phi Mu Alpha Sinfonia Professional Fraternity for Men in Music, and a brother of Kappa Alpha Psi Fraternity, Inc. His active professional associations include the IAJE, MENC, ACDA, NANM, AES, NASM, AGO, GMWA, and has an artistic endorsement with YAMAHA Synths & Musical Instruments, Yamaha Music Corporation of America. He also serves on the Board of Directors for the Marshall Symphony Association, The A.D. King Foundation for Social Justice & Youth Empowerment, and is a Gideon.

His current research model titled “Mixed Media Rehabilitation” is an Arts Therapies Alternative to Pharmaceuticals, and has partners with the NIH, CDC, Johns-Hopkins University, Emory University, Mercedes-Benz, the Motown Alumni Association, Berklee College of Music, the Smithsonian Institute, The Sibelius Academy (Helsinki), The New England Conservatory of Music, North Carolina Central University, the University of Southern California, and The Massachusetts Institute of Technology. In this multidisciplinary forum, he continues to share much of his research through multiple engaged platforms with noted Orthopedic Surgeon, educator & past NMA President, Dr. Randall C. Morgan.

Dr. McPherson has spent much of his life working to enhance the lives of young people accepting the challenge from and becoming an advocate with the Oslo Soul Children’s Choir – Oslo, Norway, The Winneba Gospel Choir – Accra, Ghana, West Africa, and the National Haitian Children’s Ensemble – Port Au Prince, Haiti. Through this collaborative, he has also worked with Montgomery Public Schools in Alabama as Choral Director at Cloverdale and Walter T. McKee Junior High Schools, completing research for instructional & laboratory materials for secondary music teachers and students likewise, on urban & rural-urban music education. He has held publishing relationships with the Berklee Press, Warner-Chappell, SONY Music Publishing, QWEST Music Group, and others. Recognized by the Alabama Music Hall of Fame as one it’s Distinguished Music Achievers, and considered by many as one of the world’s most formidable creative artist.